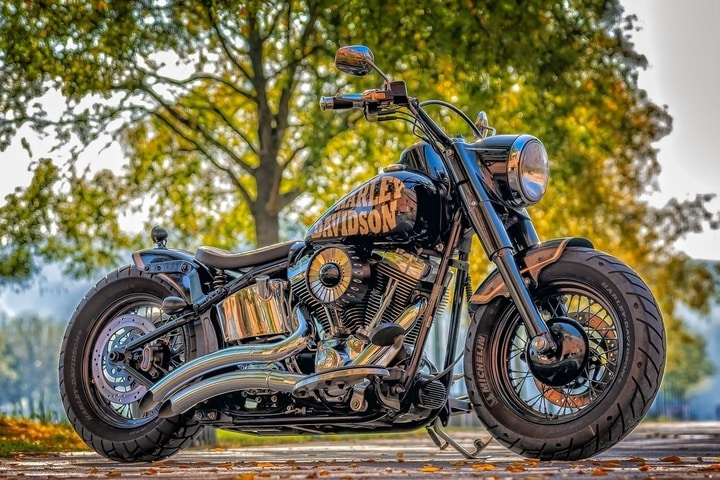 There is something about the oomph of riding a motorcycle. It starts to happen when you straddle that massive vibration of an engine coupled with the loud booming sound of the exhaust.

It virtually gets the rider hooked to the lifestyle, oftentimes for a lifetime. And of course, nothing beats that cool wind against your face on a beautiful, sunny Sunday ride. Most riders would enjoy zooming along the highway making the most of whatever freedom it gives them when they squeeze that throttle and zip past a Prius.

Unfortunately, not everyone is happy especially some people who put a premium on silence and non-disturbance. Yes, you read it right, non-disturbance. We say that because the most that a modded muffler can do is disturb some people, not all, who might just be going about their daily lives.

Let’s face it, unlike supercars that make tons of noise revving up along the highway, people don’t go: Wow! More often than not when it’s a custom made Harley or a racetrack grade, Suzuki that is passing by and booming along, most people would react by throwing furtive glances and are quite unsure of what just happened. Because in a split second after you hear it the noise is gone, and so is the bike.

Sometimes, it does it with so much ruckus that when you are near it, the noise would bounce around your head and chatter your teeth without you even trying to.

Contents hide
So, Why are Motorcycles So Loud?
Noise Level: Car Engine vs Motorcycle Engine
Exhaust System
Muffler
Older Vs Newer Motorcycles
Are Motorcycles Generally Allowed to Be Loud on the Streets?
Laws Regarding Noise limits
How Can I Make My Motorcycle Quieter?
Check For Leaks
Replace Mufflers
Slip-on Mufflers

So, Why are Motorcycles So Loud?

Well, not all of them though. Some stock mufflers are designed to absorb more sound, especially with the newer bikes. And usually, the ones that are really loud are the older bikes and some whose exhaust system where modified. The loudest of them are the ones with straight pipes and no mufflers. It’s like hearing a constant backfiring of the engine. Truly loud.

For us to have a base comparison on how a motorcycle’s exhaust can be loud, let us compare it to a car’s exhaust.

Let’s not forget that just like a car, a bike’s engine relies on combustion to pull itself forward. These are the controlled explosions inside the engine block that drives the pistons. Unlike a car’s engine that is covered with layers of steel, foam, and plastic, much of these combustion noises in the engine are entirely muffled or significantly reduced. The opposite is true of the motorcycle, the only thing standing in between the explosions and thin air is that thick layer of metal of the engine crankcase.

So, it would suffice to say that you are not only hearing the exhaust noise, but you are also hearing the mini-explosions that are occurring inside the engine. Added to that is the exhaust system itself. Therefore, you can say that there is no sound and vibration barrier from where the energy is being produced, thus causing it to freely vibrate and cause even louder noises.

Motorcycle exhaust systems are louder due to the short length of the whole exhaust system. Compared to a car, which is from end-to-end is measured at a total of 10-15 feet, a motorcycle’s exhaust at the most would be 3 feet including the muffler. The noise and energy would not have enough length or space to dissipate in a bike’s exhaust.

It then quickly exits to the surrounding air with power and fumes that are barely reduced, hence, a louder sound and excess vibration.

A car’s muffler is about 3-4 times bigger than a motorcycle’s. Moreover, it is able to dissipate more noise and vibration just simply because of the difference in size and length. A smaller motorcycle muffler, on the other hand, has a smaller space in which the air and vibration quickly escapes. It then results in more vibration and noise as it exits out of the tip of the exhaust system.

Does it mean that older motorcycles are generally louder? In most cases, yes. But it doesn’t necessarily mean that being older and louder was made on purpose. It could be that newer motorcycles now sport better-engineered mufflers that are able to contain noise and vibration better. That goes with the kind of materials used and innovations made on the design of that muffler. They do this without adjusting its original size.

Or, it could be that with the passing of time, the exhaust pipes of older motorcycles after being subjected to years of smoke and vibration, have become thinner and corroded. The owner might be too busy to address it, or might not be aware of the need to replace those pipes. So they go around riding loud and mostly unaware of the higher decibels that their bikes create.

One other reason that older bikes are louder, is that today’s motorcycle engines are advanced in design and construction, and it has become more efficient and economical. They are also quieter which is somehow an oblique goal of the manufacturer as well. They aim to reduce emission and noise while improving fuel efficiency and produce an increase in output. So, it’s not just that older bikes are louder, but because newer bikes with newer technology are much quieter.

Are Motorcycles Generally Allowed to Be Loud on the Streets?

There are 3 known reasons why bikers like to modify their mufflers or even that whole exhaust system.

1. They feel the need for more horsepower, which equals more speed.

2. At some level (but not all), bikers like the sound that it makes and the thrill that it creates with all the power that is sitting between a rider’s legs. Most of them would aim for something low and rumbling ( much like a mini-earthquake), but nothing shrill or screechy like the sound that supercars make when revving. This is with the exception of dirt bikes that make small popping machine gun sounds when running in the streets.

3. For some, it is for safety. The movement “Loud pipes saves lives” claims that an approaching motorcycle should be heard to avoid accidents. Sometimes, side mirror dimensions on a regular vehicle would miss a bike that is behind it. So, bikers say that the noise from the exhaust works as an early warning device as well.

Assuming that making bikes louder is part of the reason why bikers modify. However, it would good to note that it is not the goal of the rider to annoy people, but rather he has the need to hear the sound of raw horsepower and its potential. Most bikers would admit that there is a thrill to that “I’m small, but listen to me growl.” sound. We like to excite ourselves with the idea of power and vibration.

Now, that we know bikers don’t really mean to be annoyingly loud ( with some exceptions), Why then is it a problem for the community at large?

Each state in the U.S. has its own laws governing allowed levels of noise in their jurisdiction. The level of noise that motorcycles make has been a subject of a long time debate. The question people in the community ask is: Why aren’t these motorists apprehended when they are obviously too loud?

Under the Noise Control Act of 1972, all highway and off-road motorcycles manufactured since 1983 are subject to Federal regulation 40 CFR 205 parts D&E. The law regulates total noise emissions, and motorcycles must be equipped with EPA-approved mufflers. This law is still in effect as of today. It is actually illegal to replace your muffler with aftermarket items.

Notwithstanding the fact that the means to enforce this law was for some reason defunded by Congress in 1981, the EPA declared that noise pollution is a state matter and that the states will be the ones to regulate themselves in the matter of noise pollution. The agency also cited reasons for lack of resources.

Since the states have different laws governing as to what is the maximum decibels a motorcycle can reach has left this issue unresolved and with no real enforcement done. Currently, about 60% of motorcycle owners end up modifying their exhaust systems. And to the community itself, it has been increasingly becoming a nuisance. And to us, law-abiding citizen, this seems to be a stick in the mud that needs to be resolved at the national level.

It will take Congress to review and resolve and even standardize the rules regarding what are the limits when it comes to noise management. In the meantime, motorcyclists would have to do self-regulation and be a little more conscious about the neighbors who might be sleeping early in the morning. But then again, who is to say we can’t have fun right?

Just take your bike and vroom somewhere else where you can freely squeeze your throttle for all its worth. Now, for some reason, you then might have decided to cut down on the noise level, and you wonder how you are going to go about it. Here are some ways on how you can do it.

How Can I Make My Motorcycle Quieter?

One of the reasons for an unusually loud exhaust especially for older motorcycles are possible leaks in the pipes due to corrosion. Find them and seal them. Better yet, replace your pipes altogether when you see that it is already fragile and full of holes. Danger: Wait for your whole exhaust system to cool down before touching any part of it.

These are easy to install Aftermarket mufflers that are designed to reduce sound while maintaining power. They act as sound deadeners and assist in cooling down your muffler faster.

Other items that you can consider for replacement is as follows:

• Chamber mufflers
It makes lower sound or tones which are on the low end, making it less “painful” to the ears.

These are just some of the items you can use for modding your bike’s exhaust, and what you need to really look out for is: Is your exhaust system still viable? If not, then a replacement would always be a good idea.