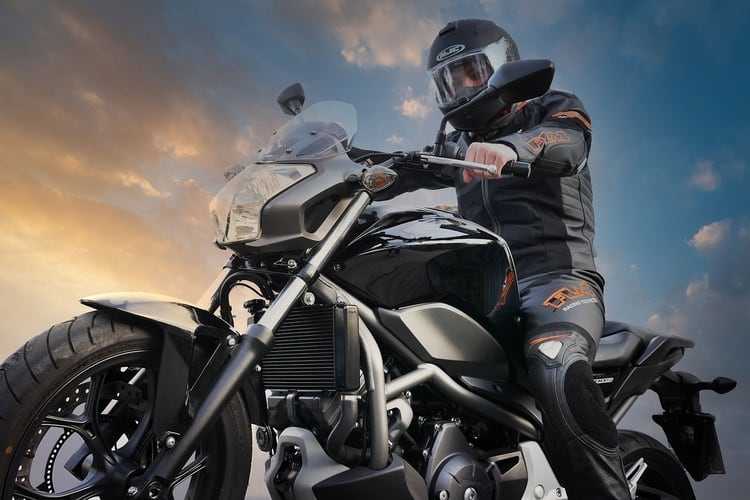 Shortly after you feel the wind on your tail, your motorcycle shuts off, leaving you decelerating to a halt. Confused and exhausted, you try starting it back up but it won’t budge. It might not even rev anymore. So there you are, stuck on the road, exhausted, confused, and maybe a little bit angry with no idea what’s wrong with your precious bike nor how to fix it.

Now there are two scenarios for this problem. The first being a temporary problem that goes away later in the day and the second being a recurring problem which can repeatedly ruin your riding experience. Either way, a lasting solution is in demand.

The problem of your motorcycle shutting off mid-ride can be linked to either fuel starvation or air starvation. Luckily, these are easily diagnosable and can be rectified in no time. Here are the plausible causes of either problem;

The carburetor’s function on a motorcycle is centered on mixing the appropriate amount of air and fuel needed by the engine to run properly. This is called the fuel to air ratio and oftentimes when a motorcycle fails to start, the carburetor is probably clogged with deposits and hence, neither fuel nor air can pass through it.

Your carburetor can get clogged when the wrong type of fuel is used, when your motorcycle is without a fuel filter or when the motorcycle hasn’t been used in a while.

The solution to a clogged carburetor is simply in its cleaning. Cleaning this part can be done by taking it out of the engine or it could also be done without removing it. You are to clean both the pilot jet and the main jet.

Once removed, check the holes in each jet to see if there’s any trapped debris or deposits. If deposits are noticed, using air pressure, clean them out and then wash with gasoline to get rid of residual grime.

When there is an inadequate or insufficient supply of fuel to the motorcycle, it will not start. Also, when there is too much air to fuel or when the carburetor is running lean, your motorcycle may likely lose power even as you accelerate and eventually shut off.

Sometimes you don’t need to have an empty tank for this to happen. However, bikes without fuel gauges might have a low fuel light check or a reserve tap. Regardless of this, sometimes it’s hard to know how much fuel you have left in the tank before it shuts off mid-journey.

Always be ready to refuel even though you’re not certain about the quantity of fuel you have left. For fuel injected bikes, there’s a low fuel light which indicates that the rider has half to one gallon of fuel left.

For those without this light, you can set one trip odometer to 000 when you refuel and then watch it closely as you get closer to your destination. Remember, without adequate fuel, the motorcycle will shut off and refuse to start, thus leaving you stranded.

Once a fuel filter is clogged, fuel cannot get to the engine, hence the motorcycle might either shut off mid-drive or refuse to start altogether. Motorcycles with fuel filters mostly experience this problem.

The fuel filter is located in the fuel tank at the end of the fuel pump. If there is a blockage, the fuel in the tank must be drained and the tank itself removed. This should be done by a mechanic. However, during servicing or as preventive maintenance, you can opt for a fuel filter change.

If you’re particularly handy around your motorcycle, you can attempt to do this yourself. Take down the exhaust and fill it with caustic soda, dish soap, or any other reagent that can eliminate carbon deposits. Let this reagent sit for an hour or two before taking it out.

No matter the longevity you were promised for this battery, it will need to be replaced every three years or less. To find out if your startup problem is battery-inclined, there are several indicators of a bad or faulty motorcycle battery.

These symptoms range from the inability of the ignition to turn on, to the battery simply failing to hold a charge to discolorations. However, for most startup problems, the battery is usually the causative part. If your motorcycle battery is dead or faulty, you will not be able to get it to start at all.

To ensure that the causative agent for your motorcycle’s startup failure is the battery, you might want to test it against a voltmeter. Once this is done and there is no charge on it or it’s below the 14.5V range then a replacement is due. If the motorcycle is still within its warranty period, contact your dealer for a replacement.

The ignition switch is very often used when powering the motorcycle. Because of the frequency of its usage, it could eventually wear out or begin to develop issues.

Some of the symptoms of a faulty ignition switch include the stalling of the motorcycle when started or the inability to power on altogether. As a test to determine if this is the cause of the problem, turn the key to see if the neutral light comes on. It the light fails to come on then there’s a problem with the ignition switch.

In the event of a startup fail in a motorcycle due to a defective ignition switch, the switched would need to be removed and replaced. To remove this switch you’ll need to position the motorcycle at an angle that helps you get into it, disconnect the battery, loosen the pinch bolts, remove the damper and then the triple tree.

For the optimum performance of your motorcycle, its spark plugs need to be clean with zero damage to either electrode. If damaged, the engine’s performance may be compromised.

This is because, spark plugs are the components that supply the spark or electrical energy which ignites the air/fuel mixture, thereby creating an explosion in the chamber, hence producing power to the engine.

They are small and really simple but they are intricate to the performance of your motorcycle. In the event of a faulty spark plug, the motorcycle may fail to start or shut off mid-ride.

Spark plugs are inexpensive and very easy to fix. Unless internal damage occurs, a motorcycle spark plug should be replaced every half-decade. However, if a motorcycle’s spark plug is faulty, then a replacement is due.

Located near or inside the motorcycle’s fuel tank, the purpose of the fuel pump is to push or pump the fuel inside the tank from the tank to the injectors. It is the component that transfers liquid from the fuel tank to the carburetor of the engine.

Hence, if this motorcycle component is faulty in a way that prevents it from fulfilling this purpose, the performance of the motorcycle will be gravely affected. One of the problems associated with a bad fuel pump is the engine’s failure to start.

After conducting tests to determine if the fuel pump is bad and if it is, a replacement pump is in demand. This is a priority fix because without fuel being supplied, the engine cannot start and thus, the motorcycle experiences startup fail and if the motorcycle cannot start, it’s of no use.

Motorcycles are only useful if they’re at optimum performance and shutting off mid-ride certainly doesn’t belong under optimum performance. There are multiple plausible reasons why your motorcycle is experiencing this problem, most of which have been highlighted in this piece alongside their solutions. This way, you can easily identify the problem and fix it on your own or through the help of a mechanic.