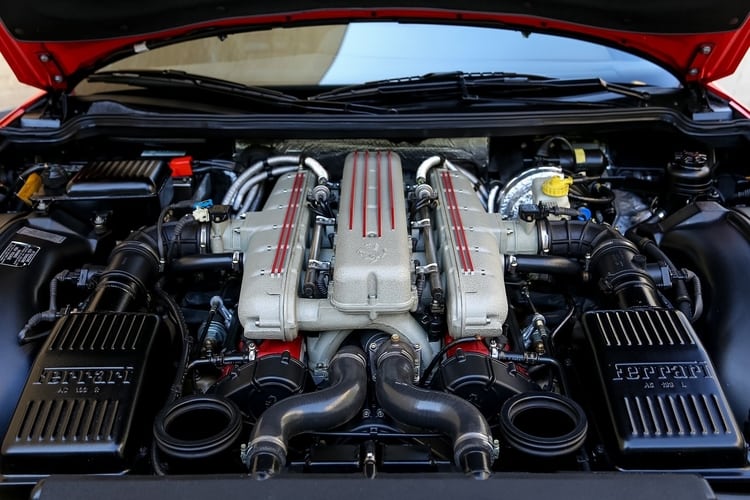 Uncommon noises coming out of vehicles are generally not a good sign. If this noise is too loud it could be difficult to identify exactly where it comes from and it gets scary very easily; but do not worry because the problem is not always as complex as the noise is loud; it could be a simple fix.

Believe it or not, cars and motorcycles share a lot of technology and in this article we will discuss the common reasons and how to fix problems that can cause loud “pop” sounds coming from your vehicles when you try to start them.

One of the main conditions for an engine to run smoothly is the air-fuel ratio to be well adjusted. It does not matter if the intake method is via carburetors or electric fuel injectors, if a carburetor is badly adjusted, there is a leak or a sensor is not working properly, too much fuel can be placed inside the burning chamber.

The extra mass of fuel will not be burnt and will leave the chamber via the exhaust valves, but because the exhaust works at high temperatures, this fuel can ignite and create a sudden explosion outside of the engine.

If the vehicle uses a carburetor, it might be time for a good clean up and rebuilt. Replacing some of the internal components such as the float, can be key for having it well adjusted as it could be the reason for all the extra fuel sent to inside the engine. On the other hand, if the vehicle has electronic fuel injection, it might be a case that the injectors need to be cleaned up or that they have bad rubber seals and have to be replaced.

Also, in cars with modern technology, it is common to find a sensor known as MAF (Mass Air Flow); its job is to read the mass of air being admitted into the engine as this number changes according to different throttle inputs and send this information to a computer that will calculate for how long the injectors have to stay open in order to optimize the air-fuel ratio. If this sensor is not working properly, your vehicle could be using too much fuel and running out of ratio.

2. Ignition system out of timing

Every vehicle running with an internal combustion engine that uses gas as a source of energy will need a spark to start the explosion inside the combustion chamber.

The system that controls the moment when this spark has to be created is called ignition and, in some cases, it can go out of timing, basically meaning that the spark will not be fully synchronized with the engine’s movement and part of the mixture will not burn. The consequence for that is gas leaving through the exhaust valves and exploding when in contact with any hot enough components.

Checking the condition of components such as distributors, capacitor discharge ignition (CDI) – mostly in motorcycles – and crankshaft position sensor can help you find where the problem lies down. If any of these components is not working, the ignition system will no longer be capable of sparking the mixture under pressure inside the engine at the right time which can cause misfires and issues with starting the engine.

The function of the spark plugs is to create a voltaic arc inside the engine that will act as a spark for the compressed air-fuel mixture inside the combustion chamber to develop onto an explosion thus creating movement.

If the plugs no longer can provide proper spark, this timed explosion will not occur the right way and excess fuel might leave the chamber and we already know by now how this story ends.

Verify the spark plugs for carbon build up, wrong gap or even just for how old they are (the vehicle service manual will indicate when this component should be replaced). Also, check the condition of the cables that connect to them; if they are not receiving any current, then they can not create any spark and this could be due to damage to the cables.

Any engine needs to be fully synchronized in order to operate correctly; this is called engine timing and the timing belt or chain is the component responsible for keeping the synchronization always on point.

Depending on the engine geometry, when this component fails, it will either be the beginning of a very expensive trip to the shop or of a luck strike.

Another problem it can cause is, instead of failing, just skipping a tooth, which will cause the engine’s components to operate (slightly) out of synchrony. The consequence is bad valve timing which can lead to air-fuel mixture to escape again.

Engines with timing chains will usually last longer than others; as long as the engine is kept well lubricated with the specified oil, the chain will function for a long time though skipping is still a possibility. Motorcycle engines are most commonly operated by chains and for the past 20 years this has also become common in cars.

On the other side, engines with timing belts have in its service manual a recommendation for when this item should be replaced. Generally every 160.000 km on the original one and then every 100.000 km. Also, the service manual recommends intervals for when to inspect it. As long as these components are well maintained and replaced as recommended, you will most likely be out of trouble.

Some engines are called non-interference engines. What this means is that, even if the components go out of synchrony, there will be no interference in between them and consequently no damage. Basically, you could let your timing belt fail and only then get it replaced. Do I recommend that? No way. These are rare engines.

If any components on the intake system are not well assembled, this could mean that the engine is admitting more air than it should. This will then cause the engine to run badly and can create some weird sounds when trying to start the engine.

This problem is more likely to happen in motorcycles, especially the ones with carburetors, as it is common having to remove other components in order to maintain the carburetor, but it can also happen in cars if doing maintenance in the throttle body for instance.

Check the connections between intake components such as air box, throttle body, intake manifold and, if it is the case, carburetor. Some of these items are manufactured out of plastic and can crack over time. Also, the clamps that hold them together can fail and with vibration the assembly can come loose.

Compression leak means that somehow the engine is losing compression of the air-fuel mixture. This could be through a bad seal, bad valve timing, bad piston rings, among other reasons. One of the signs of this issue is uncommon noises coming from the engine bay or exhaust system.

Important to understand that each engine will have different compression requirements, so look for the information for the model in your vehicle in order to compare the values read on the gauges with the values recommended by the manufacturers.

Some vehicle systems require vacuum in order to operate. This vacuum is generated by the engine and connected to the system by hoses. If there is a vacuum leak in one of them, loud noises could happen.

Check the condition of these hoses as most of them are made of rubber and can easily dry out with time. Also, check for the connection of these hoses with the engine and the extra component; usually there is a small spring clamp that holds them in place, but these can fail leading to the hose coming loose. Another factor could be these small diameter hoses ending up clogged, so when checking them be careful regarding this as well.

EVAP systems are a method adopted by manufacturers to develop more efficient vehicles. What they do is to hold the fuel vapors in a canister that is later activated when starting the vehicle. This system can make some noise because of the valve and solenoid attached to them, but this should not be loud enough to scare the operator.

If the sound of this system is too loud, there is likely an issue with the valve that operates in it. Also, make sure you are not trying to start your vehicle in a place where the sound of the EVAP system can reverberate on walls and sound higher than what it is in fact.

It is common for people to think their vehicles have an issue because they heard something unusual while all they did was to park in a different garage or enclosed area and all of a sudden a never heard before sound is now there and it is a weird one.

Many different factors can cause loud noises coming from a car or a motorcycle. Sound is nothing but a certain mass of air moving at a specific speed and by admitting air, compressing it with fuel, exploding and releasing gases, that is what engines do, put air into motion.

If a system is not working properly, most likely a different sound will be a symptom. The most important is to eliminate the possible causes and find where the problem is located. Getting it fixed will put you back on the road.