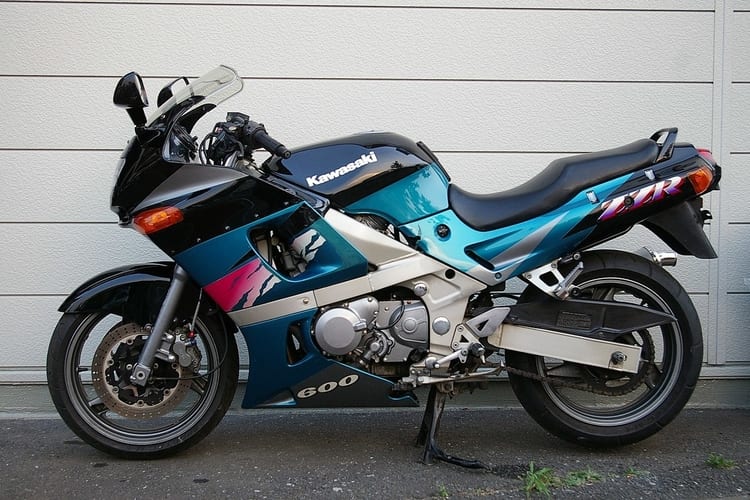 The Kawasaki ZZR 600 is part of the ZX-6 series, manufactured by Kawasaki for sport touring. This motorcycle has such a unique design and color range, making it attractive to both novice riders and older daredevils.

However, even with the ZZR 600’s fast and powerful road bike package, aerodynamic bodywork, and great specs, certain problems still plague this motorcycle. This piece is highlighting the common problems that are synonymous with the Kawasaki ZZR 600 as well as their fixes.

A common problem of the Kawasaki ZZR 600 and a range of other motorbikes is that its second gear can be short-lived. In essence, when switching from first to second gear, it could either jump out of gear, or the transition could be very harsh especially if one is thrashing it.

Either way, this problem makes it difficult to switch between gears in the Kawasaki ZZR 600 and it makes riding on the second gear a short-lived experience as the bike will slip out of gear.

Most people would diagnose this problem as resulting from the clutch, but since this experience is only noticed in second gear, the clutch is ruled out as the aggressor.

The highlighted problem can be diagnosed as stunting, a condition caused by the wear of the 1st and 2nd gears when decelerating. This can cause the second gear to skip or slip out of place. Fixing this problem doesn’t come cheap and if the motorcycle is still under warranty, your best bet is to take it to the dealership.

When fuel isn’t being fed into the engine, the Kawasaki ZZR 600 could shut-off mid-journey, leaving you at the mercy of your intuition. Fuel starvation can be caused by several reasons.

For starters, a dirty carburetor, the presence of unstabilized fuel supposing it’s been sitting out for a while before its use, dirty fuel filters, faulty spark plugs, etc. Either of these diagnoses could be the culprit of your fuel starvation problem and luckily, this is quite an easy fix.

If your motorcycle’s engine is being starved of fuel, you could decide to take it into the shop for a check to confirm the diagnosis or you can try troubleshooting it yourself. Start with cleaning or replacing the fuel filters as the presence of debris can prevent fuel from seeping into the engine.

You can also drain your fuel tank, purchase new spark plugs (aff link to Amazon) or clean the carburetor for fuel residue as this part isn’t designed to store fuel. Once all these measures are adopted, your Kawasaki ZZR 600 will be as good as new. As a pro tip, apply proper storage measures as an improperly stored motorcycle that is left for extended periods will display most of the highlighted symptoms.

As you know, the carburetor is all about feeding the right fuel to air ratio to the engine and a clogged carburetor will lead to startup failure. This is because the presence of residue will obstruct the smooth transmission of both air and fuel. For the ZZR 600, a clogged carburetor can span from the use of the wrong type of fuel, improper motorcycle storage when not in use, or when the motorcycle needs a fuel filter replacement.

The solution to a blocked carburetor is simply in its cleaning. This can be done by either a mechanic or someone with a fair idea of the ZZR 600’s components. Cleaning this part of the motorcycle can be achieved in two ways. A blocked carburetor can be released from its residue by taking it out of the engine and using air pressure or it could also be done without removing it.

For this to be done efficiently, both the pilot jet and the main jet need to be cleaned. Once these jets are removed, do check the holes in each one for trapped deposits. In an occasion where deposits are present, the air pressure from a blower will get it out, then you can wash with gasoline to get rid of residual grime.

This problem is usually affiliated with a lot of smoke and improper storage of the Kawasaki ZZR 600. Let’s say you ‘store’ your ZZR 600 for the winter. Maybe you put it in the shed for a few weeks and didn’t think it was going to freeze over. This could curate major problems, one of which manifests as oil leakage.

The oil in the engine could release air pockets and start leaking, breathing smoke when you hit the throttle. This is because, due to your improper storage methods, the oil had failed to return to the crankcase properly. As an indicator of this, the oil after being drained should be very thin and smell of gas all because you didn’t shut the tank off when you stored it for the winter. Luckily, this problem has an easy fix.

Because this isn’t a result of a defect in its manufacturing, the costs of fixing this problem might be incurred by you, especially when the bike is beyond its warranty period. Here’s how you go about the solution.

First, open the airbox and ensure it’s clean and clear. This is done so you can see the bores in the carburetor. If this checks out, then you can look to drain and replace the oil as its leakage is due to a gas leak in the carburetors. Once this is done, your motorcycle should be working fine.

Multiple surveys have revealed that the cush drive rubbers of the Kawasaki ZZR 600 have a knack of being knackered. This component is designed to relieve stress on the drivetrain when in gear or throttle and if it is worn out, it means that one’s riding experience will be susceptible to multiple hitches.

Most times the wearing out of a motorcycle’s cush drive rubbers manifests in the gearbox as changing between gears will be very difficult, thus making the motorcycle continuously rock back and forth or jerk during rides. These cush drive rubbers could wear at different points in the ZZR 600’s lifespan hence they need to be replaced as needed.

The solution to this problem is an easy one, however, it’s not considered a manufacturing defect so you might have to foot the bills if it happens after the warranty period.

First off, to be sure the jerking of your motorcycle is caused by worn-out cush drive rubbers, you will need to physically remove them for inspection. This could take about 30 minutes or less, depending on your experience with working on bikes. If the rubbers are knackered, then new ones (aff link to Amazon) are in order.

The Kawasaki ZZR 600 has a problem with its clutch components. This is a reflection of its design error and manufacturing defect. While this motorcycle is appropriate for both intermediate and expert riders, the grip of its clutch should be sturdier than what it is.

However, this wear and tear of the clutch components isn’t a reflection of the rider’s experience, it is a problem with its manufacturing. Regardless of this defect, Kawasaki ZZR 600 is still a pretty great motorcycle, although clutch changes/repairs should be expected often.

Even though this is a problem with its manufacturing and it should be a code violation, on the bright side, clutch components are relatively affordable and quite easy to replace. Riders that are accustomed to working on their motorcycles will experience little or no problems with changing these parts by themselves with the help of their clutch replacement kits.

Those without experience can explore either of these two options. They could either contact their mechanics, or take it to their dealership if it’s still within its warranty period. However, riders who prefer the art of DIY can refer to this detailed instructional video. It’ll offer guidance on how you change your clutch components from anywhere.

Designed for speed and sport touring, the Kawasaki ZZR 600 is quite impressive. However, like most motorcycles, certain drawbacks have been linked to the functionality of this motorcycle, from second gear problems to worn-out cush drive rubbers. Most of these issues can easily be rectified without breaking a sweat and this piece highlights just that.