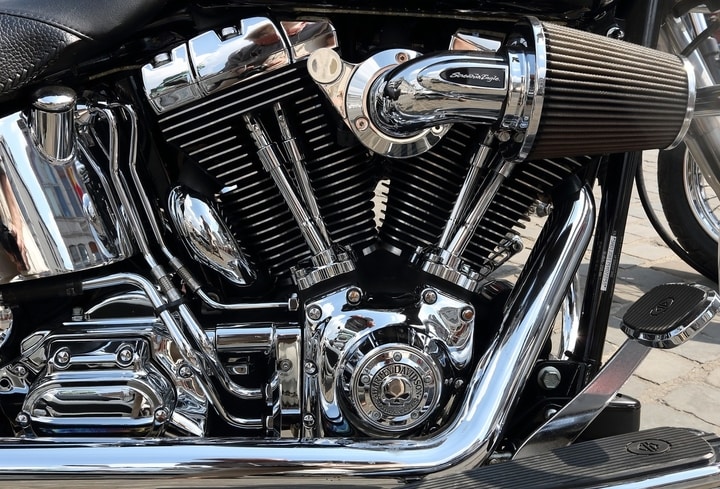 Engine seizing is one of the most common instances that you have to deal with your vehicle. An engine seizure typically occurs when the engine tends to overheat. The metal parts in the engine are known to expand under the influence of heat.

The parts of the engine that are situated with a hairline gap between them tend to be the engine wall and piston. Overheating in your vehicle would allow these parts to expand while sometimes fusing together and leading to the formation of a weld. This, in turn, blocks the movement of the piston in your vehicle.

Engine seizures are highly common. At the same time, it also turns out to be a challenging situation, especially when you are unaware of the physics involved. Whether or not you are a pro, you can easily resolve major problems in your vehicle by easily identifying the common symptoms associated with engine seizures.

How to tell if your vehicle’s engine is seized? If you are quite sure of the fact that the starter kit and battery of your motorcycle are in good shape, then the electrical starter engine in your vehicle would not rotate –it would only click, when the engine happens to be seized. If your vehicle features a kick-starter engine, then the kick pedal would not move at all. This is because it would be stuck at the given position due to engine seizure.

It is not entirely established that only engine overheating leads to engine seizures in the first place. There are several other factors as well that could lead to the condition of a seized engine. Here are some to consider:

If you are highly fanatic about your vehicle and loves going out on your motorcycle every now then, then you should pay meticulous attention to taking care of the vehicle & its engine. The driving conditions can either make or break the deal of your vehicle’s lifespan.

If you happen to be a frequent rider, it is recommended that you should consider using semi-synthetic engine oil while replacing oils at every alternate service for your vehicle. If you are already aware of this trick and take special care of the motorbike, it is imperative for you to be aware of the ill effects of driving your vehicle at high RPM. The heat generated in your bike tends to be directly proportional to the average RPM at which you will be riding the motorcycle.

If you happen to be riding at a higher RPM value, then you should ensure that you are allowing ample time for the engine to cool down. This would dissuade the vehicle’s engine from overheating.

It is one of the most common causes of motorcycle engine seizures. If you forget or fail to add ample oil in the engine from time to time, it would eventually lead to engine seizures in the long run. In case the overall lack of lubrication serves to be the main reason for your bike’s engine getting seized, then this calls up for a major issue to fix the situation.

The main job of the engine oil is to lubricate as well as transfer excess heat from the engine’s moving parts. Friction gets created when the metallic parts in the engine keep moving against each other –almost 1000 times per minute. If there is the lack of proper oil to separate the metal parts during rapid movement, this leads to the overall increase in friction. Eventually, the engine gets heated up and could seize its parts towards the end.

At the same time, increased temperatures and lack of lubrication cause immense wear & tear in the metallic parts of the engine. As such, the parts end up seizing with each other. As the seized parts are forced to continue moving under immense pressure, it leads to major damages to other internal parts of the vehicle. Some of the common internal damages to expect are broken piston, bent valves, burnt piston rings, scratches along the cylinder walls, and so more.

When you service your bike, it is just like visiting a doctor. You should never rely on unreliable sources. In the same way, you should always trust the services offered by a licensed and experienced technician when it comes to servicing your bike. At the same time, keep asking the technician about your bike –just like you would do with your doctor.

The type of services offered by the technician during servicing is vital when it comes to preventing a situation like that of engine seizures. With high-end servicing of your bike, you can expect it to overcome most of the problems easily.

While you might be highly tempted to prevent yourself from changing the bike’s oil from time to time, your motorcycle might not appreciate the same. Oil in your bike’s engine is known to thin out with time while degrading easily at the same time. With the presence of old, dirty oil in the engine, there will be minimal cooking as well as lubricating effects on the engine.

Eventually, when the lubricating effect on your engine is not occurring properly, it would lead the internal mechanics of the engine to expand. Due to the lack of lubrication, the pistons of the engine would become jammed and stop moving altogether.

The build-up of Rust & Grime

If you allow the motorbike to sit idle for too long, condensation and water accumulation could find its way into the internal parts of the engine. Eventually, this would lead to the formation of rust or grime in the engine.

Ways to Fix a Seized Engine

Now that you are aware of the common reasons for the occurrence of engine seizures, it is imperative to be aware of the ways in which you can fix this situation at the same time. Thankfully, there are several ways in which you can achieve the same –and, easily too. When you are working on the motorbike, it is important that you should remain cautious at the same time. Make sure that you are well-equipped and safeguard yourself with proper gloves and eye gear.

If you are not able to do it on your own, you might as well consider hiring professional help for the job. Here are some common ways:

Lubrication of the Piston & Combustion Chamber

If you are unsure of the specific part of the engine getting seized, you can consider pouring down the lubricant through each plug hole to make sure that it reaches every piston down there. You can choose from a wide range of high-quality lubricants available out there. As per the experts, it is recommended that you should choose the one featuring advanced penetrating capabilities while breaking down any grime accumulated on top of the pistons.

You can ensure the same by getting rid of the crankcase cover on both sides of the engine. Ensure that you have a proper oil pan underneath. This is because oil would spill out of the crankcase during this process. Once done, you can easily spot a bolt that sticks out in the middle.

With the help of a socket, try rotating the bolt or nut back & forth. Try using minimal force as you would want to stay from further engine damage. All you want to do is to loosen the piston a little bit. In case the reason for the engine seizure is that your bike has been idle for too long, this trick could help you out.

Regular Use of the Bike

If, for some reason, you are not able to use the bike constantly, you should make sure that it does not sit idle for too long. It is imperative for you to turn it on for a few minutes every day while allowing it to sit idle in the given state. This will help in allowing the fluids to get circulated throughout the engine while getting the engine’s oil to its right optimum temperature.