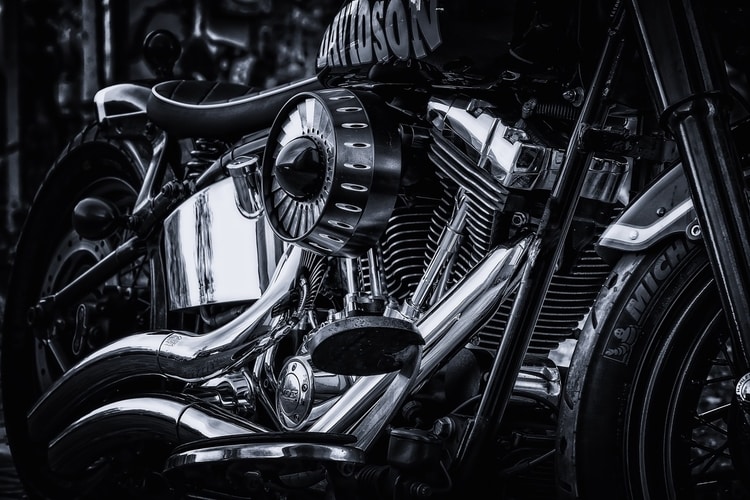 You wake up one day and you decide to ride your bike and have some fun. But then, you discover that your bike is having some sort of engine trouble. and you’ve never had this kind of problem before. You wonder, the bike is not new but then it is well maintained.

So, you go through the deduction process, hoping to zero in on what could be wrong with your motorcycle.

Symptoms: Hard starting, idle is rough, idle drops altogether, throttle is not responding well, engine is sputtering and some backfiring. Looking over the necessities you find that everything else checks out: fresh fuel, new spark plug, idle setting is good, no engine knocking, oil is good.

Eventually, it all points to one important component of your engine which is the carburetor. So, before making any conclusion about a broken spare part, you must rule out a dirty carburetor first which incidentally, is usually the case.

Contents hide
How to Know if your Motorcycle Carburetor Needs Cleaning
Stale Gas
First Step:
If the bike runs:
If the bike doesn’t run:
Second Step:
Tips on the best carb cleaner solution to use:
Best type of fuels to prevent clogging

How to Know if your Motorcycle Carburetor Needs Cleaning

If you ride your motorcycle regularly, pipes and hoses are kept on a steady hum that would prevent unnecessary carbon deposits from building up. In fact, regular use of your motorcycle would clean out any possible “gumming” on your carb, due to the fact that it won’t have space to accumulate into any of the parts because of consistent engine operation.

However during winter it is unavoidable to store your bike for a few months, since snow wouldn’t be so much of a prospect of having a fun ride. Gas can become stale and there is a chance that hard deposits may form as well. Same goes with motorcycles that are rarely used, you might find yourself having to clean the carb more often than you would if you used it on a regular basis.

In both cases, it would be a good idea to clean your carb prior to storing it during the winter months.

Stale gas is fuel that has not been used inside of 30 days. Once that time frame passes, the gasoline disintegrates losing its combustibility and causing it to “gum” and varnish. This process seriously affects your carburetor performance, up to the point that your motorcycle won’t even start.

What if you are an enthusiast but not an expert? What if you don’t know the specifics about how the carburetor works? You might be hesitant about taking it apart then not being able to put it back together again.

It could sometimes be daunting. Albeit, most of us are “mech heads”, we’d try anything out of curiosity. Fortunately, there are two ways to go about cleaning your carb without removing it.

Use liquid automotive cleaning solutions as your main tool to dissolve gumming and other hard deposits. This is before you would even consider detaching any spare part from the carburetor assembly. This you can actually do whether your bike can run or not.

You can get any good carb cleaner both in liquid and aerosol form. Also, a fuel stabilizer would serve as an extra option. Both are available in the market.

If the bike runs:

Completely drain the old gasoline from the tank. Add at least four ounces of carburetor cleaner and pump it up until carb is flooded. Do not start the engine, let it sit overnight. This will allow the cleaner to work on the gumming and varnish from the stale gasoline. On the next day, you can fill up your tank with fresh fuel and mix 2 ounces of carb cleaner liquid.

Start up your motorcycle and run it to flush out any residue. If the bike goes into normal operation your carb is already clean and good to go.

If the bike doesn’t run:

Locate the intake air hose and unplug it. Find the brass pilot air jet, and then spray carb cleaner aerosol directly into the pilot air jet. Remove the air screw from the carb mouth, then aerate from that hole.

Drain float bowl by opening the drain screw letting excess fuel spill out. Then close it back by screwing it in. Unplug the fuel hose and spray the carb cleaner directly into the fuel hose.

Let it sit for an hour. Start the engine running on the carb cleaner and make sure to do it outdoors, since the fumes are toxic. Add fresh fuel, and if engine and idle begin to sound normal again, then it’s all clean.

If both methods from the first strategy for some reason doesn’t work, there is one other way to surely rule out any other cause for your carb problem, and even solve it too. It may take some patience to detach some parts from the carb assembly, but then it doesn’t remove the assembly itself. You can do it right there on the engine.

Locate and take off the air intake pod filters which are sometimes placed on top, or on the side of the carb. Once removed, it should give you a view of the back of the carburetor in a way you can see the valve intakes.

Next, locate the petcock lever, and make sure it is in an “off” position. This is to prevent any gas leakage. After that, locate the carb bowl (which is at the bottom part of the assembly) and find the set of screws that hold it together. Unscrew them then remove the bowl.

With the bowl removed, use any good carb cleaner solution to spray in and outside of the bowl including the carburetor itself. This is to remove grime and dirt that has accumulated by using the cleaning solution to loosen it up. After a few minutes, respray to accelerate the dissolution of any other hardened deposits.

After a while, you can reattach the carb bowl then start up your motorcycle. Observe the idling and the general engine sound. Is it running smoothly now? If not, then you can continue on to the next step in cleaning your carb.

Once again, remove the bowl and look into the carburetor where you will see a set of rubber floaters as they are aptly named. The purpose of these floaters is to regulate the intake of gasoline so that it doesn’t overflow your carb and choke the engine in case of gasoline flooding.

Remove the floaters by pushing a small wrist pin to completely detach the rubber and a cylindrical shaped part that that comes along with it. They should all come off together as a set.

You can also test the floats by having them float in water. If they no longer do, then it would be wise to replace them.

With the floats detached, you should be able to see the primary and secondary jets. This is where the fine mist of gasoline is being pumped out off to combust. Try to look through each of the pair, it should be free of sediment or any other deposit that might impede the passage of fuel.

It is important to note that clogged jets more often than not, is one usual reason that carburetors don’t work.

Wash the jets with carb cleaner solution inside and out, making sure it’s clean and you can see down the jet barrel without any problem. Once done, spray over all the carburetor inside and out, and respray again after a few minutes to allow dissolution of any leftover gunk to drip. Reattach jets, reinstall the floats and then screw back the bowl at the bottom.

With everything put back into place, restart your motorcycle and again observe how the engine sounds. How does it idle and vibrate now? Is the throttle working properly? If and when you are now able to judge that the idling is already smooth and the engine is up and running like a purring cat , then you can put back the air intake filters as well.

Tips on the best carb cleaner solution to use:

Most brands that are available in the market are as good as they come in terms of cleaning performance. We recommend that you choose the one that contains chlorine which is more abrasive and gives better cleaning results. Gumout 510013 High Mileage Fuel Injector Cleaner from Amazon is an effective and affordable product used by many riders.

Generally, any type of fuel can make your engine run efficiently, it just differs on the level that it is at. For smaller type carburetors like the one on your motorcycle engine, it is best to use one that has a higher-octane rating to ensure full burn and less carbon deposits. It has to be no less than 91 octane rating. 93 rating would be the best in ensuring optimum performance.

Not only does it make your engine run faster or stronger, it makes it more efficient and does a cleaner burn. It also means longer carb life and less cleaning to do. Avoid using fuel that contains an additive called ethanol, because even though it boosts octane rating, it is known to clog motorcycle carburetors.