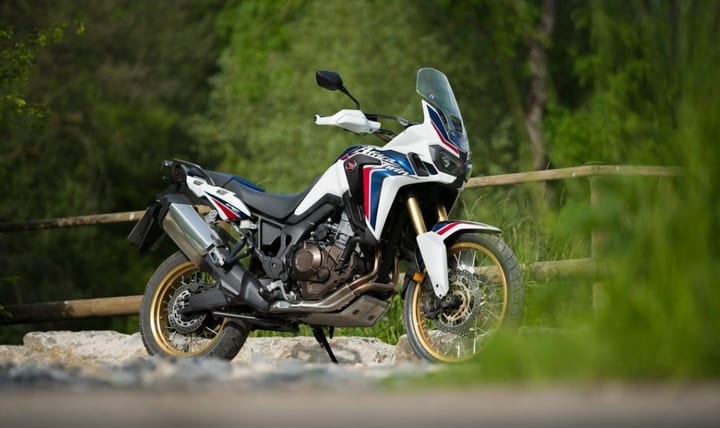 The Honda Africa Twin is a landmark in Honda’s history with the original production model designed based on the 4-time Paris-Dakar winner motorcycle running from 1988 to 2003. In 2016, Honda decided to bring the name back to life looking for a slice of the adventure motorcycle market. They did it in great style, but no motorcycle is perfect. Check out our list of common problems and fixes below.

Honda Motor Co. issued a recall for the Adventure Sport models regarding clogging of the fuel filters. Report states that corrosion caused by the welding process of the gas tanks during manufacturing can contaminate the fuel leading to filter clogging and restriction of the fuel flow to the engine. The consequences of that range from sudden loss of power to engine stall; both can put the rider in very dangerous situations while in motion.

Contact the nearest Honda dealer and ask about the recall. If your motorcycle is one of the affected units, dealers will drain, remove and clean the gas tank as well as replace the fuel filter, all free of charge.You can also call Honda’s customer service to find out if your motorcycle is part of the group. The recall started in February 15, 2021 with owners being notified since December 15, 2020.

Honda uses Showa equipment for the Africa Twin suspension set up in which case the selected dimensions seem to offer too much flexibility of the forks. The consequence of this is the upper bushing of the lower tube, when traveling up and down, could drag against the inside of the upper tubes, at the section where the lower triple clamp is attached to, wearing down the anodized surface.

This is more likely to happen with heavier riders or riders who push the suspension to the limit when off-roading their motorcycle and the result is a weird feel of sticky suspension. Unfortunately, this was not a reason for a recall with only a handful of motorcycles having the service done under warranty.

Anodizing is primarily used to prevent corrosion and it is common for it to wear out; because of that it is important to say that if you notice some wear inside the tubes, but your suspension is working fine and you don’t feel anything different, do not worry about it as this is not affecting all of the motorcycles.

On the other hand, if you think the suspension is not working well, having the upper tubes hard anodized and replacing the bushings on the lower stanchion should fix the problem, unless you do really heavy use of your motorcycle, in which case specialists are recommending replacement of the upper tubes.

Wheel assemblies and bolts are not manufactured by the Motorcycle manufactures but sourced elsewhere, so Honda’s responsibility on this one comes down to selecting the proper suppliers. If you own an Africa Twin and live somewhere along the coast or where salt is used to melt ice on the roads during winter, it is better to keep an eye out for corrosion on bolts, wheels and spokes.

The issue that was fixed in later models regards lack of coating on the components, which would chip under use exposing the materials and allowing for spots of corrosion to start.

Keeping your motorcycle clean and dry is always helpful, but not always enough. You will have better chances to avoid corrosion by adding a coat of rust preventive in spray or wax form (military-grade products are even better if you can find in your area).

Remember to be careful when applying these types of products around tires and brake components as they will potentially reduce friction and cause brakes and tires to not work well placing the rider in potentially unsafe situations.

Another issue with sourced components, many riders have complained about jammed buttons on the handlebar controls. This can happen due to bad sealing allowing for water and dust to find their way in and consequently jamming the buttons.

This can become a major problem if you own the DCT transmission version as you could find yourself trying to shift gears and not being able to because the buttons are not working, especially considering this issue is happening more frequently on the left-hand controls. Beyond that, it can also happen with the starter/kill switch which can potentially run the battery flat or suddenly kill the engine.

Disassembling the controls and spraying the inside with cleaning/protective products developed for electric/electronic application should help avoiding the problem. Also, spraying the outside of the controls is recommended.

Make sure you use silicon-based products as they will protect the plastic housing from drying out with time and help with the sliding of the buttons. Honda did not make a recall out of this issue, but they are aware of the problem happening more often than not and some dealerships are actually replacing the switches for free.

If you are buying an adventure motorcycle, most likely the reason is you are going on an adventure with it. Sometimes, in situations like these, heated grips can make the ride more comfortable or even safer in some extreme cases.

If you think you will not need the heated grips, just do not have them installed. On the other hand, if you think you will find yourself in scenarios where a toasty grip comes in handy, you should probably go for aftermarket options as there are many that are already tested and true and will not fail you.

Keep in mind the length of the grip as some people ended up having to modify their heated grips because they were longer than the motorcycle grips (it looks like the sport version of the aftermarket heated grips fits better).

Traveling or commuting, it is common for us riders to carry some luggage fixed on a rack or have a passenger riding with us. Honda rates the rack load capacity at 10kg (22lbs) which is not a lot for long trips but should be enough for most daily riders.

It just so happens that some of the racks are having issues with the load scuffing the paint coat on the racks during the very first few kilometers and, in some worst cases, the whole rack and grab rail structure has just cracked and completely split ways with the motorcycle.

Just to be clear, I still have not heard of a case where the structure failed while a passenger was using it – this could be catastrophic – but keep your eyes open just in case.

Many aftermarket companies sell luggage racks for top and side cases that not only sustain the load but also reinforces the whole rear frame and rack structure. This could be a very good solution, especially if you will be going for long distance trips.

However, this can be an expensive upgrade if you have the bike but are not planning to go the distance with it. In this case I would recommend to look for a place that can manufacture some frame reinforcements for the motorcycle. Generally, two bars connecting the rear rack frame to the main frame are enough to make the set up stronger.

If you are planning on taking your Africa twin off-road, you better watch out for the foot peg brackets. When off-roading, chances are we will eventually drop the bike at some point, even if it is just laying it down while trying to hold the weight, and when this happens, the foot pegs generally take on some of the load. The problem is that on this Honda the aluminum cast bracket could snap, leaving you without a peg to place your foot on.

Some aftermarket brands came up with reinforcement kits and even whole new assemblies for you to replace and fix the problem. The advantage of these is they can also combine larger area foot pegs which is better for when riding standing up on the motorcycle.

It seems like a tradition kept by the manufacturers to offer their motorcycles with flat and hard seats. One would think that this would be different in the adventure motorcycle segment, but one would also be wrong. A tradition is a tradition and the Africa Twin did not disappoint on keeping this one alive.

There are many different aftermarket brands that became famous for redesigning the seats and they do a really great job with it offering configurations that combine different shapes, foam densities based on rider weight and waterproof cover materials. So, if you are planning on spending long days on the saddle, you should look for an upgrade on this one.

Some owners have experienced side stand support bracket problems when it is under load (this could be from riders just sitting on their motorcycles while it is still on its side stand). Also, if you opted for the installation of the Honda Genuine center stand offered at the dealerships, according to Honda:

“The circlip that secures the centerstand to the motorcycle received improper heat treatment during manufacturing process, increasing the possibility of it breaking during normal usage.”

This is considered hazardous as the bike could fall if the component fails while the bike is parked on it and even more dangerous if it fails while in motion as it increases the chances of an accident.

If you are looking at buying a motorcycle manufactured during the informed period or already own one, it is a good idea to call the closest dealership and find out if you motorcycle is affected by this recall. They will replace the problematic components for free. You can also check that and other recalls by inserting your bike’s VIN number at Honda’s website (https://powersports.honda.com/recalls).

The biggest motorcycle manufacturer in history would not let its image get damaged because of so many simple – but problematic – items to address. Honda went back to the drawing board and fixed some of the issues even if it has not accepted them as warranty or recall subject. If you are set that an Africa Twin is your ideal partner, just make sure the recalls were executed and enjoy the adventures.