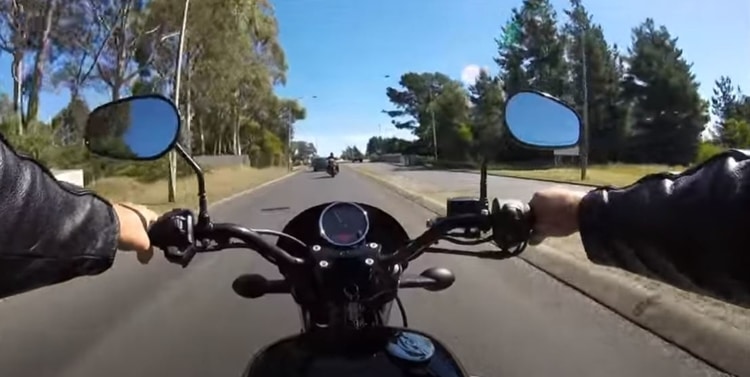 The Harley Davidson Street 500 is such a cool-looking motorcycle. However, it does have its issues. Mechanical problems and some faulty design features have not been well taken by the owners of this bike. On the flip-side, many of these problems have been acknowledged by the motorcycle community and solutions have been found. I’m bringing you the top 9 in this article.

A clutch is essential to disconnect the engine from the transmission and drivetrain system which so happens to control the rear wheel, and according to the NHTSA, the Harley Davidson Street 500 releases ‘gas bubbles’ when the clutch is pressed. This could potentially be detrimental to the motorcycle’s clutch system, thus preventing it from disengaging from the engine even when it’s been parked for months. The clutch problems of this motorcycle were so bad that the Harley Davidson brand had to recall over 45,000 motorcycles.

If you own a Harley Davidson Street 500 that is giving you clutch problems, what you’re dealing with is a manufacturing defect. If the motorcycle is still within its warranty period, you might want to take it to the dealer and get your warranty claim. However, if it is outside this period, your mechanic should be able to sort it out.

Rear reflectors are necessary for the rider’s safety and also the safety of pedestrians and other motor vehicles. Although this isn’t a performance problem, it can get you fined as a rider. Hence, if you currently face this problem you might want to contact your dealer for a recall, or simply purchase an external rear reflector and install it yourself.

Multiple owners of this motorbike have reported problems with their saddlebags. One of these problems is the unexpected separation of the saddlebags from the motorcycle. Upon investigation by Harley Davidson, it was revealed that the spring wire installed in the receptacle is not able to maintain enough tension that’s needed to prevent the mounting stud in the motorcycle from disengaging. About 23 motorcycles were found to be affected by this problem.

If your saddlebag keeps detaching from your motorcycle and you use either a 2014 or 2015 Harley Davidson Street 500, you can get a free repair from your dealer as this is yet again, another defect in manufacturing. Also, if you don’t want to go through the woes at the dealership, you can either decide to reduce the items in your saddlebag or simply do without it altogether. Some riders subscribe to carryons.

The brakes of the Street 500 are relatively weak and about 174,636 units of Harley Davidson motorcycles are potentially affected by this problem. It is believed that the source of it is the DOT 4 brake fluid which riders may forget to flush periodically, thus causing a formation of deposits on the valve of the motorcycle’s ABS Hydraulic unit.

The solution to this malfunction would be flushing the DOT 4 brake fluid. You’ll need a mechanic for this.

5. Exhaust pipes can cause burns

Being a transmission vessel, the exhaust pipe may absorb heat and become hot due to continuous combustion. This typically occurs during long journeys. This wouldn’t be a problem if the design of the Street 500 didn’t place rider’s legs in close contact with the exhaust pipes.

The design is so scary that a rider’s pant leg could come in direct contact with the exhaust pipe. Thus the posterior design of the Harley Davidson Street 500 can potentially cause harm to riders as they can get scarred for life if they’re not careful. However, this isn’t the last of it. The sudden sensation from this burn can cause a rider to lose concentration mid-journey and potentially cause an accident.

You can decide to purchase external forward controls and append them to your Street 500. This should give you more legroom and prevent your feet from resting so close to your pipe. Also, since this is a manufacturing defect, it can be sent to your dealer for fixing.

6. Front fender can come in contact with voltage regulator

One thing that shouldn’t come in contact with your voltage regulator is your front fender, but for the Harley Davidson Street 500, this seems to be a well-known problem. The reason this happens is that some of the company’s previously manufactured models were fabricated with relatively greater measurements in terms of thickness.

This led to thicker and less fragile-looking motorcycles. Because of this thickness, there’s a high chance and of course, in the general design, there’s a solid chance for the top side of the voltage regulator to come in contact with the bike’s front fender while on the road. The convergence of these two parts can pose serious problems for the rider as it can hinder his/her ability or freedom to steer the motorcycle which can result in an accident.

This problem occurs because of the manufacturer’s design. However, if you’re using a newer model HD Street 500 and this still occurs, the best solution lies in contacting your dealer.

Multiple owners of the Harley Davidson Street 500 motorcycle have reported problems with their rear mirrors. One of these projected problems is with the visibility that the mirror offers. Owners complained that they couldn’t see or make out anything behind them when on the road.

Solving this problem is easy, but it can be pricey. Good mirrors are a little hard on the pocket and going for an HD mirror can set you back about $200. However, it will be worth it as there’ll be a major difference. Hence, purchase an extension mirror and upgrade from the stock mirrors.

The Harley Davidson Street 500 was designed to be a more affordable option for motorcycle users and hence, it’s apparent that a lot of corners were cut during its manufacturing. A problem that’s synonymous with this motorcycle is its faulty front tires. Multiple owners have reported that their tires work better on a dry surface like pavements or the road, however, once the rain starts, riding becomes tedious. This is a safety defect and about 614 units of this motorcycle were identified to potentially be affected by this issue.

This problem is caused by the installation of the wrong front tire. According to the noncompliance notice, several models of the Harley Davidson motorcycles have been fitted with a 90190-19 front tire instead of the specified and recommended 100190-19 front tire. Hence, because of this wrong tire configuration, performance issues and road accidents are expected.

Contacting your dealer for a recall or tire replacement might be your best bet. Anything to avoid you paying for the tires yourself as tires can be expensive to purchase.

For the Harley Davidson Street 500 motorcycle, there might just be a poor seal at the inlet of the fuel pump. The poor integrity of the seal could trigger an obtrusion to the fuel supply under acceleration when the fuel available is low, which can happen before the low fuel indicator comes on. This problem can be quite severe if not detected. This is because when a rider accelerates below 3.2 liters of fuel, the motorcycle might hesitate briefly, restore power abruptly and then possibly lead to a loss of control.

As a preventive solution, owners of the Street 500 should not ride more than 160km on a full tank. As a corrective solution, licensed dealers have been authorized by Harley Davidson for an inspection. If the problem is detected, the motorcycle will be fixed using the repair kit for free.

Whew.. that’s a lot of problems! But remember that as a HD Street 500 owner you’re unlikely to experience all of them. If you’re lucky and take good care of your bike, perhaps you won’t experience any. But it’s definitely good to know what it is if it does happen, and how to fix it. I hope this article has shown you the ways to do so on your own or through a mechanic.